Get comfortable with your pen, or try a new one. Your pen can do more than just write. Toggle through pen actions and change its settings to fit what you want it to do most. Find out how by configuring your pen buttons on Windows 10. Windows 10 comes with a number of different styluses designed to be used with its touch-friendly tablet and convertible PCs. By configuring the buttons on your pen, you can use it for more than just drawing.

Windows 10 offers a couple of options to configure the buttons on your pen. The easiest way is through the settings menu, but you can also adjust the buttons from the Windows Ink Workspace.

The Window’s 10 Anniversary Update comes with a new pen settings panel for users. If your PC has a Surface pen or any type of stylus, you can configure and set how you want it to work from the Settings window. Additionally, you can customize the buttons and their functions as well.

Prior to the update, you will need certain apps such as the Microsoft Surface app to configure the Surface Pen across Surface devices. To date, the Surface app still lets you set your stylus pen’s pressure sensitivity and gives you extra settings for your device. Thankfully, this feature is built into Windows and you can configure your stylus and the buttons on it from your Windows computer.

How To Change Pen Settings

The following steps will help you configure your pen on a Windows 10 device. You can use these steps to set up a new pen or modify an existing pen configuration.

The Windows system does really well to prevent opening context menus behind your hand, where you cannot see them. The Windows 10 system assumes you are right-handed by default. If you happen to be left-handed, you may want to change the setting by selecting the Left-Handed option under the “Choose which hand you write with” option.

Windows 10 uses visual effects coupled with a cursor that appears by default, but you can disable them if you want to. The ‘Show Visual Effects’ option allows graphical effects like a ripple to appear when your pen makes a contact on the screen. You can always disable or turn off this feature if you don’t like it.

The ‘Show Cursor’ option enables a cursor (often dot-shaped) to appear whenever your hover your pen over the screen. If you don’t like to see this cursor, you can disable it as well.

Most stylus pens on the market offer the palm rejection feature, which lets you use your pen without issues – even if your palm accidentally touches the touchscreen. If you ever find yourself bumping the screen of your device while drawing, then make sure you turn on the “Ignore touch input when I’m using my pen” option here.

Windows 10 comes with a handwriting feature that lets you write with your pen and convert it to typed text. The “Show the handwriting panel when not in tablet mode and there’s no keyboard attached” option has simplified this process.

When you have enabled this option, you can hit the keyboard icon in your notification area using your pen while your device is still in tablet mode and the handwriting keyboard would appear rather than the standard touch keyboard. Simply tap it with your finger and watch the touch keyboard appear.

What is Windows Ink Workspace?

The Windows 10 Anniversary Update also brings the ‘Windows Ink Workspace’ feature. By default, you can launch it by pressing a shortcut button on your pen (if it has one) or by clicking the pen-shaped Windows Ink icon in the notification area. If you cannot find any button, simply right-click the Windows taskbar and choose the “Show Windows Ink Workspace button”.

This panel provides you with shortcuts to pen-enabled apps such as OneNote and Sticky Notes. Additionally, it gives you suggestions for pen-enabled apps in the Windows Store right at the bottom of the panel. If you don’t like this feature, you can disable it to stop the panel from showing you suggested apps from the Store. You can turn off this feature by disabling the “Show recommended apps suggestions” option.

After disabling this feature, all you would see is a “Shop for pen apps in the Store” URL that directs you to the Windows Store instead of a link to specific apps.

Virtually all pens but not every pen has a shortcut button. For instance, there is a shortcut button on the tip of the Surface Pen. The bottom of the panel provides you with options that give you control when you click the button once, double click it, and hold or press it. The hold and press feature will only work on certain pens.

By default, clicking the button once will launch the universal OneNote app, while double-clicking the button makes and send a screenshot to the universal OneNote app, and holding or pressing it will open Cortana. Just as this window suggests, you may consider pairing the pen with your computer via Bluetooth if nothing happens after pressing its buttons.

You can customize and configure these buttons to do whatever you want to do. If you find yourself bumping it, you can choose to disable the button so that nothing happens after pressing them.

Maybe we will be seeing more features and pen-buttons options in the future as Microsoft continues to update the Windows 10 OS. You can disable this feature by turning off the “Show recommended apps suggestions” option. If you want to set another feature on your device’s pen, look for a tool or a manufacturer-provided app to configure it.

That’s it! You should’ve now set up your stylus and/or mouse buttons to perform your desired actions.

This article should help you navigate the settings of your pen in Windows Ink Workspace. I have been asked on several occasions to tell people how to set up their new Surface Pen on Windows 10, so I decided to create this article. If you are like me, you only want certain buttons to be triggered by certain actions (e.g. only the eraser top should backspace and only the top button should activate OneNote).

On you go, now—start customizing all the things! I hope that this article was informative and helpful … Whether you are new to Windows 10 or simply want to improve your workflow, configuring your pen and its buttons can be a great first step. 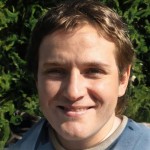