Not only does the demo game allow you to have a feel of what you are to experience, these freely distributed pieces of video games also allow you to be sure whether the full version is worth buying and/or keeping or not.

While a typical PS4 game demo may have only had one or two levels, It can be played for fun, for practice, and lots more.

In this post, we are going to look at the PS4 demo games list, as they are invaluable perks for playing games on PS4 in 2021.

Now,  video game demos have been around since time immemorial. The ‘try-before-you-buy package seems pretty advantageous to average players.

On PlayStation4, there is a healthy selection of free trials and experiences, especially if you own a PlayStation VR headset.

The sweet part is that you can even find some multiplayer demos that will let you play without the need for a PlayStation Plus subscription.

Let’s go through some of the games on PS4 that have demos, which quite literally are worth your time. A number of these PS4 free trial games can be found for PS4 and they showcase the many upcoming PS4 games you can buy.

Will this be the first time that you’ve played any of the games in the series? Well, it’s a good reason to do it now.

The demo takes place in the middle of the main game, which is called Uncharted 2: Among Thieves. It features Nathan Drake and Chloe Frazer, who are characters in the game.

Even if you haven’t played them all, this is a great way to see how Bluepoint Studios has refined the graphics for the next-generation consoles.

The Immortals Fenyx Rising Demo has its own story, and it lets players experience everything that the full game has to offer. There are a number of enemies to fight, and some of the early combat abilities are available.

However, The Immortals demo is a standalone experience that only offers a tiny portion of the game’s full experience. It only takes around an hour to play, and it’s entirely separate from the full game.

The Immortals Fenyx Rising demo is available for free to download. It’s also available to replay multiple times as desired.

Nier: Automata is a strange and unusual game, but it will give you a good idea of what to expect from it.

It’s a great way to escape the daily grind and play something challenging. Nier: Automata is a sequel to the role-playing game Nier. It was released in 2017.

The demo time is around 20-30 minutes if you know what you’re doing. It shouldn’t bother you though.

It was initially bad, but it eventually became good. If you’re not familiar with the story, it was rebuilt and released as Final Fantasy 14.

Stormblood is getting better and better every day. If you want to experience it for free, just download the demo.

It’s a free demo that gives you access to its massive online world. It’s also one of the most valuable free games on PS4.

Even better, if you decide to pay up after reaching the max level, all your character progress and stats will carry over to the subscription model.

Open the PlayStation4 Store. Go to the game page and try Free Demo.

The demo only gives you 20 minutes of gameplay, but it does a great job of catering to both new and veteran fans. There are two paths available to experience, both of which are designed to challenge both seasoned veterans and new players.

This is also a good introduction to Gravity Rush, as it doesn’t require much experience or expertise.

The easiest path is to get started with Gravity Rush, which is a great introduction to the game’s physics-defying world. It doesn’t overload first-time users with its endless possibilities.

Unsolicited but: Andromeda has some merits, despite its little reputation. Despite all the negative publicity it has received, there are still plenty of fans who are looking for a good and worthwhile game in the series.

It’s become almost easy to overlook the existence of a good and worthwhile Mass Effect game somewhere in the universe.

Just give it a try.

See if it’s something that interests you. It can play both single-player and multiplayer for up to ten hours, so even if you’re not a fan, at least you gave it a try.

The Doom demo is available on both PlayStation 4 and Xbox One, but the game’s purist reboot will take up less memory than its predecessor.

The goal is to make sure that the first half of Doom’s campaign is as smooth as possible. During this time, the player will feel like they’re being hit in the gut by a single punch.

The DOOM Demo is available on various platforms, including the Steam Store, the Xbox Live Store, and the PlayStation Store. It features the first level from the game’s single-player campaign.

The campaign in Doom was made to be at least thirteen hours long, and it features permadeath, which means that once the player dies in the game, the saved game will be lost. It also has 13 levels.

The beauty of Kitchen is that it scared the pants off of people when it first was revealed, and nobody knew it was a tech demo for a game that was already revealed.

This is a great example of how horror can be achieved through VR. It shows how easily it can be done and how powerful it can be when done right.

The demo is a standalone game that features multiple paths to follow, and it’s free to play. It’s been updated since its initial release.

For anyone interested in Biohazard, I highly recommend the Beginning Hour demo.

Other PS4 demo games to try:

There are around 150 demos available for download from the PlayStation Store, none of which were exclusively for the PS5. These are demos that are compatible with both the PS5 and PS4.

Demo games are indeed beneficial for people who are new to video games. They give them a taste of what the full version can be, and they can also be used to make sure that the money they spend on it is worth it.

Now that you have seen a list of some of the best PS4 games with demo, you now have the ball in your court! 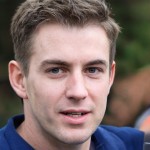